Of butterflies and dreaming sages 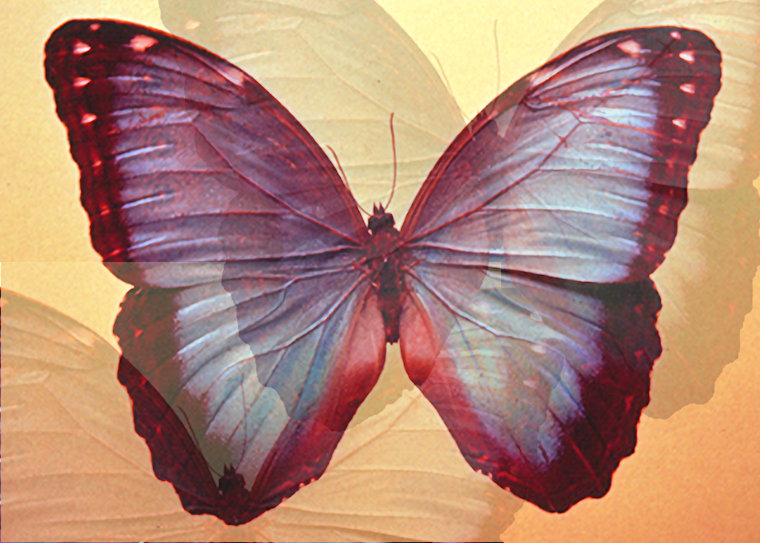 In this third book on biocentrism, Matej Pavšič joins the authors of the first two, but it is Lanza who speaks loudest. The book offers several new scientific findings and four additional principals of biocentrism to the original seven.

The first third of the book reiterates points made in the previous two: 1) on the atomic level everything remains in superposition until an observer collapses a wave-function and brings things into existence. More , 2) time and space are tools of the mind rather than qualities of reality.

At this point new evidence is introduced. Consider the eighth principle of biocentrism:

“Biocentrism offers the only explanation of how the mind is unified with matter and the world by showing how modulation of ion dynamics in the brain at the quantum level allows all parts of the information system that we associate with consciousness to be simultaneously interconnected.”

I don’t fully grasp why this is important; I hope a commentator will explain it to me.

Another piece of evidence supports the idea that reality is an invention of the mind. Speculating that it’s possible for “two observers to experience different, conflicting realities,” a group of physicists used six entangled particles to create separate realities for each observer. The study was published in Science Advances in 2019. “Realities can be made incompatible so that it is impossible to agree on objective facts about an experiment. These results suggest that objective reality does not exist.”

This begs the question, if objective reality is observer dependent, how can there be any sort of consensual reality? The authors answer:

Recall that time itself, as well as the direction of the arrow of time, becomes defined due to the process of wave function collapse (or decoherence). Once such temporal collapse happens, one can start asking questions about the dynamics of the process of decoherence for other physical quantities that we as observers can measure. These dynamics—how quickly the collapse of quantum blur toward a particular realization of measurable quantities happens, how long it stays collapsed, the detailed structure of the probability waves defining observed reality—strongly depend on how the measurements or observations by different observers are distributed within spacetime. If there are many observers and the number of observations made by them is very large, the probability waves of the measurement of a macroscopic quantity remain largely ‘localized,’ not spreading much, and reality is largely fixed, deviating slightly from the consensus only every once in a while.”

Another new idea in this book addresses an old problem. Quantum physics does a good job of explaining three of the four fundamental forces, while relativity theory does a fine job of explaining gravity. However the two theories of quantum physics and relativity can not be unified into one. The authors claim that when the role of observers is considered, gravity becomes compatible with quantum theory.

Despite new research and more in-depth explanation, this book leaves a lot out. In the second book on biocentrism, the authors wrote that death is an illusion. Here they take it further:

“In your awakened State, you experience your consensus reality. Then you go to bed, fall asleep, and start dreaming. And when you wake up, you find yourself again existing as a person in a consensus reality. Through dreams you enter alternate worlds and switch from one consensus reality to another, from experiencing the life of one organism to that of another. Once awake, you can find yourself as being any person, at any time without having memories about ever being another person or animal. You can even find yourself as a newborn, without any idea about the reality you are living. If so, gradually, piece by piece, you discover your reality, your world. By observing your world, you keep collapsing probability waves, and thus you effortlessly create an ever-more detailed world that includes comprehensive reinforcing memories. The observations also include what others tell you about the world and its history and still you build your consensus reality.”

How can this be? I didn’t wake up as someone else this morning, or did I? I remember Chuang Tzu wrote of something similar:

As Chuang Tzu said, “there must be a difference.” If there were no difference, “mind” could control any body at any time. And in that case would mind be a singular or plural entity? That question and others of similar nature are not addressed, yet require answers if biocentrism is to become a strong theory.

If mind is the thing that creates matter, what is mind?

And after that explanation, I still don’t know. If biocentrism is to become a useful theory, it will need to explain what is meant by mind. Replacing one mystery with another isn’t helpful.