Is the brain a spiritual organ? 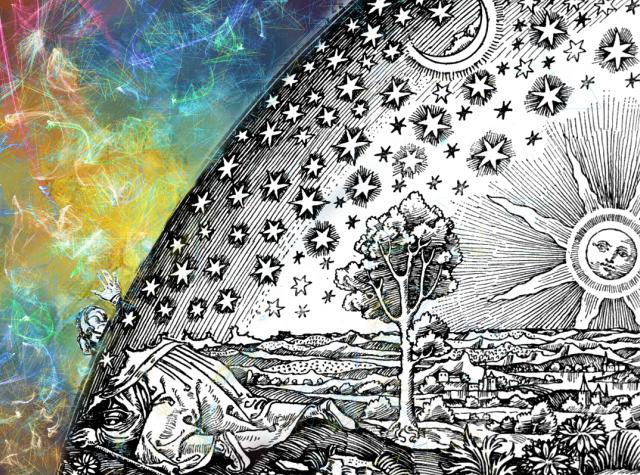 The Spiritual Doorway in the Brain: A Neurologist’s Search for the God Experience
Kevin Nelson, M. D.
Nonfiction 326 pages

Concentrating on near death experiences (NDEs), and to a lesser extent, other spiritual experiences, Kevin Nelson asks how these experiences arise in the brain. He identifies the brain regions and conditions typically involved in NDEs and related experiences. For example, one cause of NDEs can be loss of blood flow to the brain. When blood is cut off to both the brain and the eyes, tunnel vision may result. This may explain why people who have had NDEs report traveling down a tunnel. The bright light they report at the tunnel’s end may be light observed through partially closed eyelids. When blood is cut off to the temporoparietal area, patients may experience an unobserved presence or a sense of being outside their bodies.

Fright is another factor that can trigger a NDE. Nelson cites the NDE experienced by the Russian author, Dostoevsky, when he faced a mock execution in front of a firing squad.

Near death experiences arise, Nelson believes, in a unique state of consciousness that is neither wakefulness nor sleep. This is the state that some people experience just prior to falling asleep, upon awakening, or occasionally while awake. Those who have had NDEs are more likely to have experienced dreaming while awake than are those who came close to death without experiencing the unique consciousness associated with NDEs.

Normally, we are either awake or asleep. Several microscopic components in the brain’s locus coeruleus act as a switch, toggling us between wakefulness and dreaming. Pain, low blood pressure, or lack of oxygen can cause a portion of the switch called the vlPAG to flip us into a dreaming state or rapid eye movement (REM) consciousness.

When the vlPAG suddenly flips their consciousness, some people may report having an out of body experience (OBE), often accompanied with a sense of well being. After being bitten by a lion, explorer, David Livingston, experienced, “… a sense of dreaminess in which there was no sense of pain or feeling of terror …” Although such experiences occur when the body is in crisis, they can occur at other times as well. Nelson quotes a woman who was “lying anxiously in bed, halfway between being awake and asleep,” who had a sudden OBE.

Two portions of the brain, the temporoparital, and the dorso-lateral prefrontal, regions use little energy during REM sleep. They can be said to be turned off. However, during lucid dreaming,  the dorso-lateral prefrontal region remains turned on. People experiencing lucid dreams are aware that they are dreaming. For hundreds of years, some practitioners of Buddhism in Tibet have trained themselves to experience lucid dreams. Trained lucid dreamers have reported experiencing emotions ranging from fear to ecstasy. Nelson quotes a lucid dreamer’s report of a joyous out of body experience. Afterward, “The euphoria lasted several days, the memory, forever.”

There is a strong similarity between the experiences reported by those who have had vivid lucid dreams and those who have had near death experiences. If the vlPAG suddenly flips consciousness into REM while the dorso-lateral pre-frontal region remains turned on, then one can be dreaming while awake, and perhaps having a spiritual experience or NDE.

Such experiences can be life-changing, but do they prove life after death or the existence of God? There is no reason to think so. However, if the brain is the locus of human experience, that doesn’t refute the possibility of an afterlife or of God’s existence. Countless souls have staked their belief in the divine on their spiritual experiences, regardless of whether or not those experiences arise in the brain.

Those who have had spiritual experiences, as well as, 42 percent of those who have had NDEs report having felt a sense of unity, peace and joy. However, Nelson is unconvinced that spiritual experiences are necessarily accompanied by REM sleep intrusions into wakeful consciousness. He feels that such experiences arise in the brainstem and specifically involve serotonin receptors which are numerous in that region. He cites the experiences of John Lilly who experimented with sensory deprivation chambers and later with LSD in conjunction with sensory deprivation.

The use of powerful hallucinogens does not guarantee spiritual experience. Some experience paranoia rather than bliss. Nelson quotes a man named Frank for whom psychoactive substances brought about a religious delusion. Frank was able to shake his delusion but experienced depression in the process. Clearly psychoactive drugs aren’t toys.

Hospital patients can choose either to be, or not to be, resuscitated. There may come a time when those nearing death can choose whether, or not, to be raptured. When science allows us such choices, it risks offending the religious. Never-the-less, Nelson is hopeful that a new wisdom will arise from considering the brain as a spiritual organ.

Posted by Dave Loeff at 1:30 PM No comments:

Ephemera? I don't think so 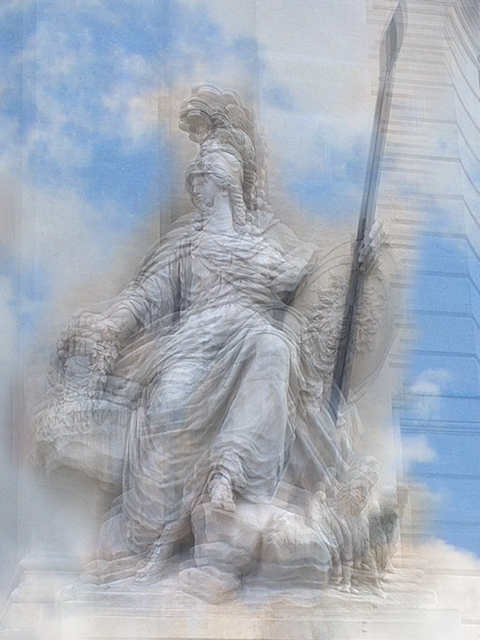 Brain Wars the scientific battle over the existence of the mind and the proof that will change the way we live our lives
Mario Beauregard
Non-fiction 250 pages
HarperOne. 2012

Mario Beauregard introduces his book stating, that according to materialist science only the brain exists; that mind, soul, and consciousness are ephemera produced by the brain and as such, cannot exist independently of the brain. The Cartesian model of brain/mind dualism is false. Only the brain exists, nothing more.

This is essentially the view taken by several materialist theories. The author argues, however, that none of these theories provide a satisfactory answers to what David Chalmers calls the "hard problem "of consciousness which ponders how experience arises from brain processes.

Chalmers is a philosopher. I am not. I wonder if subjective experience isn't just another ephemera produced by the brain. On the other hand, my subjective experience seems real enough that I wonder if those who question the materialist view are correct after all. Beauregard claims that, "multiple lines of hard evidence show that mental events do exist and can significantly influence the functioning of our brains and bodies. They also show that our minds can affect events occurring outside the confines of our bodies, and that we can access consciously transcendent realms—even when the brain is apparently not functioning."

I'm not sure that I buy the first of Beauregard's premises, that mental events exist and can influence body and brain. In the first chapter, "The Power of Belief to Cure or Kill" he shows how Voodoo can kill and placebos can cure. But how does this refute the materialists? Why can't mental events and beliefs be products of the brain, and therefore ephemera?

In his sixth chapter, Beauregard cites psychic (or psi) phenomena such as extrasensory perception (ESP) and psychokinesis as evidence that consciousness exists apart from the brain. Since psi phenomena are non-local, how can they be produced by a local mechanism such as the brain? Although Beauregard's argument has become more compelling, I am still inclined to reject it.

Many skeptics reject the existence of psi phenomena. However, Beauregard and others make a compelling case for its reality. Although early psychic researchers were sometimes taken in by charlatans, contemporary researchers use more rigorous methods. Using sophisticated procedures to insure accuracy, they still achieve results that are highly unlikely to be due to chance.

Today, it is not the psychic researchers but the skeptics who are biased. Psi is an established fact. However, the fact that it occurs does not mean that it occurs frequently and dependably. It remains a rare human experience. Does it prove that consciousness can exist independently of the brain? I don't think so. People have claimed to pick up radio stations through the filings in their teeth. Perhaps the brain occasionally acts like a radio and picks up non-local information. That wouldn't prove that consciousness exists apart from the brain.

In his seventh chapter, Beauregard makes his most persuasive point. If consciousness is merely a phenomena of the brain, how is it that people report being conscious during near death experiences? More remarkably, how is it that they report such vivid experiences when their brains are working at greatly reduced capacities?

Other books have addressed these questions. One such book, "The Spiritual Doorway in the Brain: A Neurologist's Search for the God Experience", examines near death experiences (NDEs) in great detail. Author, Kevin Nelson neatly explains all the phenomena associated with NDEs as products of the brain responding to particular conditions. Although he dissects each phenomena thoroughly, his cumulative explanations do not adequately explain the detailed and complex narratives that some people have reported after returning from the brink of death.

It is because NDE narratives can be so complex and detailed that I am inclined to think that diminished brain function can only explain the grosser aspects of NDEs and not their details. However, other factors may be involved. Perhaps in some cases NDE memories are simple confabulations, false memories invented by troubled brains to explain what they can't understand.

Beauregard presents several very compelling cases of NDEs. One such is the case of Pam Reynolds. Prior to brain surgery she was chilled to a point of near-death. Blood no longer pumped through her brain. Her eyes were taped shut, yet she reported observing her operation while outside her body. Is this a case of invented memory, or did it actually occur? If so, does this prove that consciousness exists independently of the brain?

For his final arguments, Beauregard looks toward mysticism and quantum physics. In 1976, biomedical researcher and atheist, Dr. Allan Smith had a life changing mystical experience while observing a sunset. While NDEs are often reported after body and brain trauma, there was no apparent cause for Dr. Smith's experience. Throughout history people have had mystical experiences in which they perceive themselves to be one with everything and no longer confined by a mortal human existence. Psychiatrist, Richard Maurice Bucke, gave the phenomena a name. He called it Cosmic Consciousness.

Early in its development, quantum mechanics encountered a problem—one that remains a mystery to this day. The problem is this: the act of observation influences the phenomena that is observed. Scientists have attempted to explain this in a number of ways, but never to everyone's satisfaction.

Some people claim that consciousness affects external phenomena, yet this is only one way of viewing the interconnectedness of observers with observations. It may be that the human mind lacks sufficient language or logic to understand the reality. It may be that the theory of quantum mechanics is missing an undiscovered piece. This is what Einstein thought.

Einstein knew that quantum mechanics allowed for the possibility of entangled particles. These are particles that mirror each other, seemingly instantly and at any distance. Einstein and his two collaborators wrote that because non-locality, or "spooky action at a distance" isn't possible, then something must be missing from quantum mechanics.

Einstein was wrong. During the final years of the 20th century, non-locality was proven to exist. The implication of non-locality is that everything is connected and indivisible. That means the mystics are correct. Each of us is indeed one with everything. Consciousness is not dependent on the brain.

Yet countless books on neuroscience make it plainly clear that if certain regions of the brain are damaged, then profound changes in personality emerge. The same can be said for changes in sense perceptions, speech, mobility, etc. How then, can it be said that consciousness does not depend on the brain?

Books like this, as well as those which attempt to prove an opposite view, often fail to define consciousness in a thorough manner. An initial omission of definition flaws the ensuing discussion. Whether consciousness is ephemera produced by brains, or whether it is non-local and nondependent on brains, is a question that can't be resolved until we agree on just what consciousness is.

Posted by Dave Loeff at 4:00 PM No comments: