Touring the stars with Myron and friends

Myron Tany longs to visit other worlds. When the opportunity arrives at last, he readily agrees to captain his great-aunt’s space yacht. When she strands him on Dimmick, he demonstrates the resourcefulness typical of Jack Vance heroes—he joins the crew of a space freighter.

Now Myron begins the series of minor adventures that fill out Ports of Call and its sequel Lurulu. While some Vance stories are filled with adventure and danger, others are closer to a P. G. Wodehouse’s comedy of manners. This story is one of those.

Although Myron Tany is the central character, the books are not entirely about his doings. Their episodes also involve the ship’s crew members and its passengers. In the end, two themes emerge: 1) lurulu, an undefinable state of self-realization and contentment, and 2) the friendship of the freighter’s four crew members.

When Vance wrote these stories, he was well into his older years and had already lost his eyesight. The two books are uniquely Vance, however their characters are not the plucky heroes of earlier Vance novels. Myron is unexciting and conventional, yet displays enough wanderlust to join a ship’s crew. The other crewmembers are neither dashing nor daring, except perhaps Fay Schwatzendale, who compensates for his good looks with his cautious and skeptical manner.

Vance, himself, spent time on freighters. And while his freighters plied the seas, rather than the stars, Vance experienced his share of distant customs and vistas. He lived and wrote abroad with his wife during various periods. Some of the exotic customs which make their way into Vance’s fiction may be parodies of customs he encountered abroad. In his autobiography, Vance describes of a port in Chile where the strict enforcement of laws parallels their enforcement on one of Lurulu’s worlds. In many of his novels, Vance tells the story through a single perspective. Here he employs the perspectives of multiple characters of varying ages. These are books to be sipped rather than gulped.

The two women who play important parts in these books include Myron’s great aunt and the captain’s mother. Aunt Hester is depicted as vindictive and vain, while the captain’s mother is frivolous, vain, and senile. Both refuse to let go of their youth, and one wonders if they may have been modeled after some of Vance’s contemporary female acquaintances.  Another elderly character, Moncrief, is a showman who manages to muster enough of youth’s second wind to hold his troupe together.  Unlike the captain’s mother, or Aunt Hestor, Moncrief demonstrates the possibility of aging with dignity.

Posted by Dave Loeff at 6:28 PM No comments:

Is science fiction a dead genre, or is it merely un-dead?

As a science fiction fan, I follow several sites that post about eBooks. Of late, I see many new titles about werewolves, vampires and zombies. Such creatures are fine when they keep to their proper genre, but when they masquerade as science fiction I get irritated.

I like the end of the world as well as anyone, but does it always have to be the same zombie stuffed, vampire ridden post-apocalyptic world? Why can’t you authors write stories like those in Jack Vance’s “Dying Earth”? Vance mixes crumbling technology and magic without resorting to un-dead or dog-eared characters. Why can’t you guys?

Occasionally one of you gets a vampire right, but werewolves? Come on. And, zombies—plah-eze—they are so implausible. I mean, can a walking sack of rotting flesh get readers to suspend disbelief? Let’s try something new, something with at least a trace of science in it, not another werewolf story. Is the world going to the dogs, or what?

In a reading groove

I’m enjoying reading Jack Vance’s “Lyonesse” trilogy even more than I did the first time I read it. Midway through however, I decided to take a Vance hiatus. While visiting the library with my daughters, I noticed that a new book had been added to a series I’d begun reading years before. I remembered the author. I remembered the character. I’d forgotten the writing style.

I brought the book home. Now, I can’t put it down. That’s because I want it out of my hands and back in those of the librarian’s. But, first I want to know how it ends.

It’s a struggle to finish because it’s so very badly written. Did the author always write this badly, I wonder. Did he change, or was it me? I’ve already added him to my short list of best-selling authors whom I can’t stand reading.

Apparently time changes tastes. Authors I once enjoyed, I won’t read today. In this case, the author tells his story in plain and simple language. His writing lacks style and bores me. Vance has style. His language is elegant, yet pithy. With Vance, it’s not so much about what’s going to happen next, it’s about how he’ll describe it.

When I first picked up a Vance in a Hong Kong bookstore, I assumed he was British. He’s not, but he knows his English. Yet his elegance is fresh, not archaic. Other authors, born in 1916, use styles that are dated. Vance has moved with his times, and yet his writing moves beyond his times.

I wish I wrote like that.
Posted by Dave Loeff at 7:00 AM No comments: 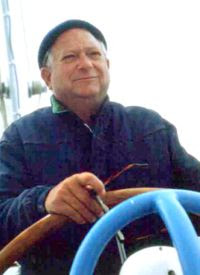 Over his long career, Jack Vance has been a prolific science-fiction writer. Sometimes his writing is exciting, sometimes subdued. His 2004 novel, "Lurulu" is of the latter sort. But what it lacks in treacherous villains and dangerous situations, it makes up in its richness of detail and pursuit of meaning. Lurulu is a mystical place, or perhaps state of being—a concept that means something different to each person. The book speaks of friendship and of the adventure of everyday living—at least everyday living for spacemen.

This sequel to "Ports of Call" begins after Myron Tany has offended his eccentric aunt and been put off her ship. Being a resourceful youth, he quickly finds employment on another. As the Glicca travels from star to star, Myron and his colleagues encounter interesting characters, societies, customs and beliefs. Although nothing much actually happens, the writing is superb, the dialog, sparkling. The pace is perfect, the content entertaining and the style satisfying.

Future critics may not consider this to be Vance's best work. But it's not his worst. Vance, writes in his preface to the 2007, "The Jack Vance Treasury", that he considers, "Lurulu" to be his, "final book." Vance, born August 28, 1916, was 89 when he penned that June 2006 preface. The writing in "Lurulu," like the texture of fine old wine, is mellow. Some things do improve with age.
Check out this entry on VanderWorld for a bit more on Jack Vance.
Photo by David M. Alexander. Taken in the early 1980s.