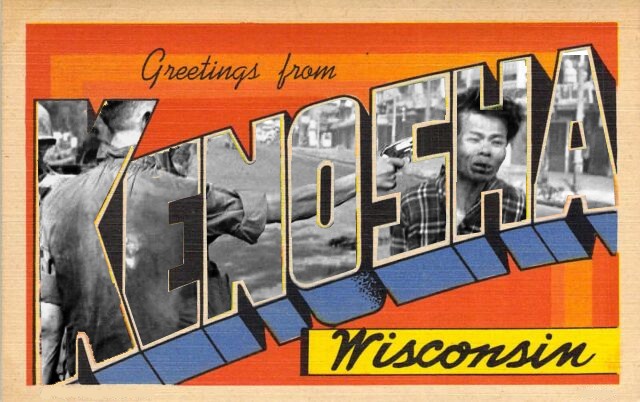 Systemic Racism is not a good name for it. It’s not a formal system and there is no formal name. And yet it’s there, flowing through our culture like kerosene saturating a dry rag.

And in some cases, those things pollute entire organizations. Take the Kenosha, Wisconsin police for example. There is no excuse for the appalling crime committed on August 23 by its officers. And yet I don’t blame the police, at least not entirely.

Our culture is ailing and the disease has worsened in recent years. Many Americans are a paycheck or two away from being homeless. This is stressful for people, including police officers. That doesn’t excuse violent behavior, though it may help to explain it. There’s plenty we can do to change policing laws and weed out bad cops, but police thuggery is a symptom, not the root of America’s problem.

Money is the problem. Too little is a problem. So is too much. Those with too much think of themselves as winners and of those with too little as losers. If the cops kill a few losers, it’s a small price to pay to maintain law and order.

And what is “law and order”? It’s the maintenance of an unjust status quo. That’s what the president means when he uses those words in response to “Black lives matter” Those words don’t address justice. They address social control. During the 1890s, Tom Watson tried to unite poor blacks and whites politically. He said, “You are kept apart that you may be separately fleeced of your earnings. You are made to hate each other because upon that hatred is rested the keystone of the arch of financial despotism which enslaves you both. You are deceived and blinded that you may not see how this race antagonism perpetuates a monetary system which beggars both.” Let’s replace law and order with social justice before someone touches a match to a kerosene soaked rag.