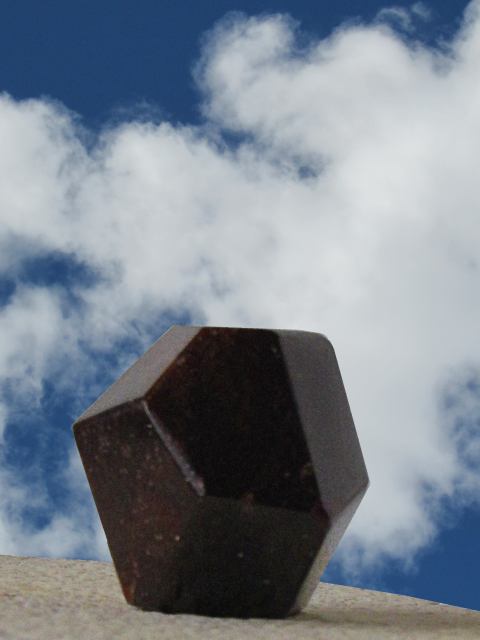 Peter Blume’s painting, “The Rock” is one of my favorites at The Art Institute of Chicago. Some have concluded that this painting symbolizes hopeful renewal in a postwar or post-apocalyptic world. At first glance, this makes sense; however, I viewed this painting recently and came to darker conclusions.

That destruction has occurred and renewal is occurring is clear from the ruined building on the right and the construction on the left. The trees in the background possibly lack leaves because of the season, but the shirtless workers in the foreground suggest warmer weather. I think the forest experienced a recent fire, perhaps the same fire that destroyed the building on the right.

Though the painting’s right and left sides create its general theme, what is occurring in its middle is less clear. The woman on the left side of the rock is reverently patting the soil beneath the rock in an attempt to stabilize its foundation. The man on its right could be working to restore the rock’s foundation, but he could also be destroying it. The workers supplying shaped stones for the construction on the painting’s left side suggest that the man with the shovel is removing the soil and stone which support the rock.

What about the rock itself? Does it actually represent hopefulness, or does it represent decay and futility instead? Only one figure in the painting is capable of giving birth, and this woman seems determined to preserve the rock’s foundation. There’s an animal skeleton directly above her, a symbol of death and decay. The grass next to the rock is dried and dying and the roots beneath it are dead and detached. Even the red blooms are not those of flowers, but of fungus, a plant which thrives on decay.

The woman’s efforts to keep the rock from falling are futile — the rock is already dead. A closer look reveals that it is not formed from enduring material such as marble or granite, but of decaying organic matter. For the rock is a watermelon, split, overripe and rotting. There’s no future here. Ultimately civilization cannot be rebuilt. It is destined to crumble and rot.

For an overview of Peter Blume’s work, click this link.
Posted by Dave Loeff at 5:00 PM No comments: