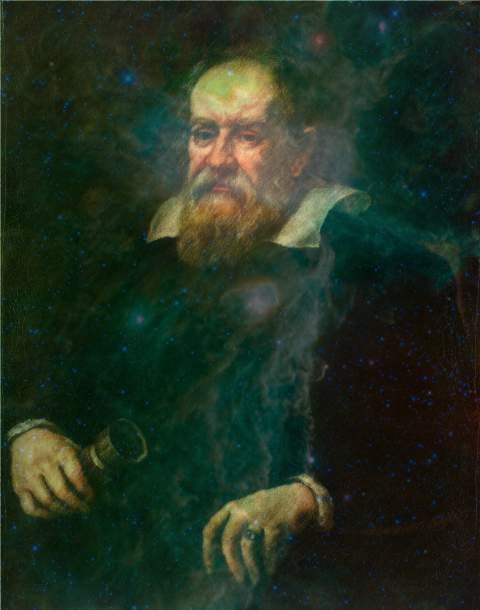 Galileo determined that the natural world can be measured with math. Certain qualities, however, are unmeasurable because they are derived from the soul rather than from nature. Sensory qualities like “yellow” can’t be measured like size, weight, or movement. Aside from unmeasurable sensory qualities and similar information, Galileo’s method describes nature quite well. But the method creates an error: “Galileo’s error was to commit us to a theory of nature which entailed that consciousness was essentially and inevitably mysterious. In other words, Galileo created the problem of consciousness.”

It took a while to notice the problem. It didn’t trouble René Descartes at all that Galileo’s method couldn’t address unmeasurable qualities. For Descartes, matter was one thing while mind was another. While a bodily action might follow a mental intention, both body and mind, being distinct, can exist without the other.

Today Descartes’ dualism has fallen out of fashion. Materialists argue that it’s the brain that generates consciousness, nothing more. Some, such as Daniel Dennett, argue that consciousness is a brain-generated illusion.

Goff describes several arguments that refute the materialist view of consciousness. Of these, I’m most convinced by David Chalmers’s argument that materialism fails to address the “Hard Question of Consciousness.” Connecting the brain with its outward actions answers easy questions. Such examination can never explain why we experience life as we do. Nobody questions their own experience, but materialists encounter Galileo’s soul derived qualities when they attempt to explain it.

Goff explores one possibility that might save dualism. It involves quantum physics. “By far the strangest aspect of quantum mechanics is that observation seems to make a difference to how the universe behaves.” If an observation is necessary, what else but a mind could perform that function?

The argument is complicated and involves Schrödinger’s imaginary cat. The cat does just fine when nobody is looking. It’s both alive and dead. But once an observation is made the cat becomes either living or dead. Weird as it sounds, physics has yet to solve this contradiction.

Goff does not defend dualism for long. Instead he moves on to panpsychism, a view that holds that consciousness is somehow an inherent quality of nature. The problem with panpsychism however is that it fails to provide a mechanism for how the simple consciousness of, say, atomic particles, combine to create the complex consciousness of a human being.

Every approach to philosophy of mind has problems, Goff explains. However he believes that panpsychism offers the best explanatory approach. While his arguments are inconclusive his explanations are clear and readable. That’s good. Philosophical arguments can be tough for non-philosophers to digest. I have only one criticism. In explaining how the observation problem in physics might save dualism, Goff misses an opportunity to investigate how the observation problem might strengthen the argument for panpsychism.

Goff’s book is a good introduction to philosophy of mind. Annaka Harris provides another good introduction in her book “Conscious: A Brief Guide to the Fundamental Mystery of the Mind.” Despite its shorter length, her book covers the same territory and throws in meditation as well. I won’t say more now about her book now but hope to provide a more complete review later.

Posted by Dave Loeff at 3:27 PM No comments: