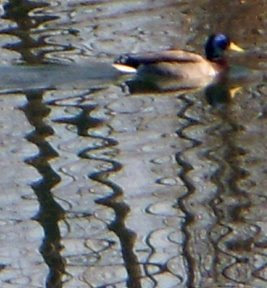 Every city has its secrets and Denver is no exception. Among Denver’s secrets are its miles and miles of trails shared by cycling, walking, rollerblading, and riding urban adventurers. Of course, not every trail is suitable for every conveyance—horses aren’t permitted in some places and rollerblades will suffer on unpaved portions—but all in all, there’s plenty for everyone, especially those who travel on foot.

Suppose you’re attending a convention in the mile high city. Day’s business done, adventure calls. You leave the Colorado Convention Center, cross Speer Boulevard, descend a few stairs, and you’re there. You’re now on the Cherry Creek Trail. Should you head southeast, you’ll pass through some of Denver’s older and more affluent neighborhoods. If you go all the way to the end of the trail, you’ll have travelled about thirty-nine miles. But by then you’ll be in Franktown, not Denver.

Heading northwest instead, you’ll soon arrive at Confluence Park where Cherry Creek meets up with the South Platt River. Heading north along the Platt you can go as far as 104th Avenue before the trail develops discontinuous portions. Heading south, the trail system will take you as far as Chatfield State Park. Trying to go this distance on foot isn’t quite practical. But, a bicycle can take you there if you’re fit and have the time.

The Bear Creek Greenbelt is a personal favorite. It runs from the South Platt River Trail through several parks, including Bear Creek Lake Park, and ends in Morrison. Bear Creek hosts a variety of water fowl. I once saw a night heron while cycling that path. I’d never seen one before and wondered what a penguin was doing that far north. (Since writing this in 2008, I've also seen a Malayan Night Heron, though in Taipei, not Denver.)

Posted by Dave Loeff at 3:02 PM No comments: