Hopes of glitz and glory 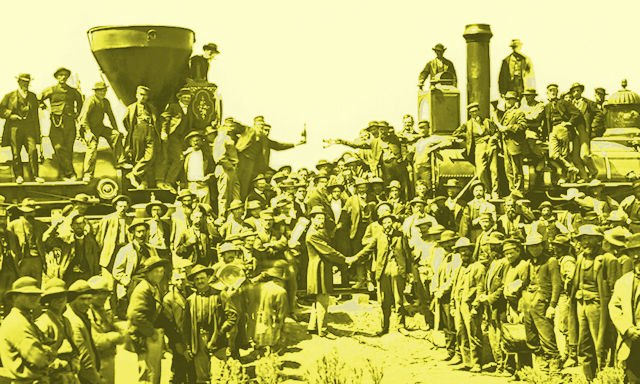 The Gilded Age: A Tale of Today
Mark Twain and Charles Dudley Warner
Fiction, 448 pages
Whatever your politics, numbers don’t lie. Too many are displeased. Something stinks in Washington. During the early 1870s, two writers also suffered offended nostrils and together wrote a novel about it. Mark Twain and Charles Dudley Warner called their era the Gilded Age. That’s gilded, not golden. Their era lacked the solidity of deep values, having instead only a golden coating upon an unworthy foundation.

The book begins before the Civil War but largely details the years that follow. Historically this period marked the beginning of the Industrial Revolution in the United States, and some of the book’s characters are among its unwitting victims. This period saw massive capital investment in railroads and machinery as well as massive displacement of small business men and landholders. While the book’s events occur at the beginning of the age, its title lent its name to the era itself.

There are parallels here to our own age. At its height, the Gilded Age brought about massive income inequality. Some grew enormously wealthy while masses of others suffered in dire poverty. Since the 1980s our own society has moved in this direction as well. While the incomes of the top ten percent have stayed even with the living costs, those of the bottom 89 percent have not. The incomes of the wealthiest among us have soared, yet unlike Icarus, they show no signs of falling toward Earth. The technology sector with its high salaries distributed among relatively few workers echoes the effect of industrialization, though some writers fear that this time workers won’t eventually share its benefits after robots and AI eliminate their jobs.

The book touches upon industrialization as several of its characters seek speculative wealth from a new railroad line. However the bulk of the action takes place in Washington DC. Laura and her brother, George Washington Hawkins, as well as the ever optimistic and ever impoverished, Colonel Beriah Sellers, enjoy the patronage of the pious Senator Dilworthy. Since the book contains much satire, the reader is not overly surprised when Laura approaches the good senator in his study as he reads from an upside down Bible.

Washington in 1873, just like today, is a place where corruption prospers. Unlike that of today, however, the corruption is almost quaintly innocent. This book was the first novel from two authors who would subsequently write a good few more. It’s not their best. That said, it’s not that bad. Twain at his worst is better than most and Warner also writes well. However, the work doesn’t flow as well as what one would expect from authors with email and modern equipment. I’m glad I read it though. Along with satire it packs plenty of drama and provides a taste of what life was like in earlier times.