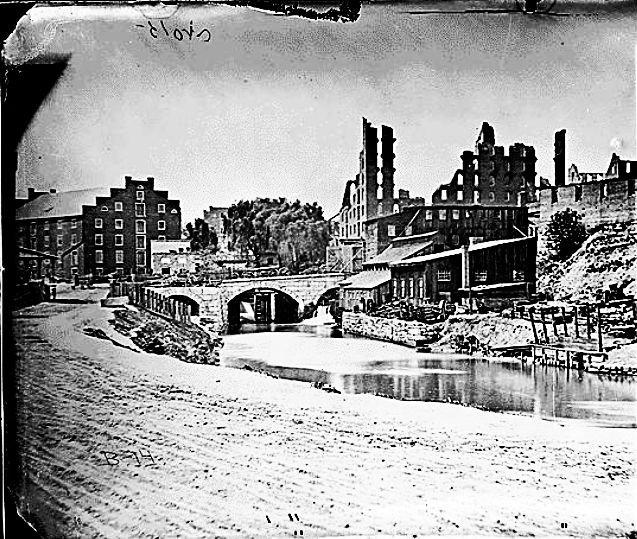 January brought news that a second civil war might be in store for America. On January 6, Michelle Goldberg wrote about two books predicting civil war in the near future. She notes, however, that not all scholars agree. Goldberg quotes Josh Kertser tweeting that few civil war scholars believe the United States is on the verge of civil war. Goldberg adds, "yet even some who push back on civil war talk tend to acknowledge what a perilous place America is in."

On January 11, Ron Elving wrote that a number of polls show civil war is on peoples' minds. While animosity remains between north and south states, the main division is between "metro and non-metro" citizens. How would the battle lines in such a civil war be drawn? Throw out history — we're in new territory here.

I divide Republicans into two camps, pragmatists and die-hard Trump followers. I believe it's the  die-hard Trump followers who are most likely to rebel. I estimate these constitute about a third of voting Americans. Clearly not a majority, albeit a meaningful minority. These voters are angry. If our society addressed their anger it could move foreword, and by doing so we would address shared societal needs. However American voters differ in their approach to meeting our societal needs. One approach allows Trump die-hards to continue embracing The Big Lie even as Trump and his allies face legal scrutiny. This third of voters lives in an alternate reality, in denial or unaware of what the majority accepts as fact.

Some label Trump die-hards Low Information Voters. Traditional news sources (fake news to some) reported overwhelming evidence of a fraud-free 2020 election. Big Lie supporters failed to provide evidence of election fraud. Instead of evidence they provided only unsubstantiated claims. For these voters trusting a personality matters more than trusting information.

Personality cults are the nemesis of democracies. The Trump Cult is destroying what's left of ours. Democracy demands cooperation while personality cults and partisanship drive selfish ambitions. Political parties are not mentioned in the Constitution. Americans should eliminate parties entirely and minimize the influence any one politician can have. Political discourse should be issue driven instead of limited to party chestnuts.

Discourse driven politics, however, is not possible under our current system. We address too few issues, not always factually, with slogans rather than dialogue. One reason we're this way is that we are influenced by blame-fueled partisan radio and cable programing and by hate-fueled social media. Such media couldn't behave this way before the Fairness Doctrine was toppled. The cost of unrestricted free speech is that it allows people to lie without consequences. Before we can meaningfully address issues we must first agree upon facts. We need renewed standards and laws that would ensure falsehoods would rise no further than exaggerations. Under such laws, severe exaggerations would face consequences. Such a society would require enough education to suss out facts and meaningful arguments, but it wouldn't require geniuses. It would only require that people respected the rules of polite discussion. Facebook or its imitators would not exist in a dialog driven society. Useful discussion would replace the current troll fest.

But changing the rules of dialog is not sufficient to rebuild our democracy. We must also eliminate political parties and the ability of the wealthy to spend unrestricted amounts to influence political opinion.

In other words, we must become a democracy again. The idea of corporations as persons allows a few wealthy individuals the ability to buy voters' opinions at the expense of corporate employees. In a true democracy everyone's opinion matters. But to make that work, informed polite discussion must occur. We need to eliminate parties and partisanship and to do so candidates must become more issue driven, and parties need to be replaced with issue-centered coalitions. Eliminating congressional districts would not only eliminate gerrymandering, but would force candidates to choose among a number of state wide issues.

While every state has two senators, states have varied populations. Both California's millions and Wyoming's' thousands are represented by two senators. This is inherently undemocratic because it favors the few over the many. However nothing in the Constitution says we must elect senators at the state level. Why not elect them nationally instead?

Maybe my ideas seem goofy. That's okay, we don't have to use them. But we do need to start thinking outside the box, because the democracy we've got isn't working well anymore. Lying partisans are destroying our country. Let's keep what works, build around commonalities and dump the damaging bullshit.