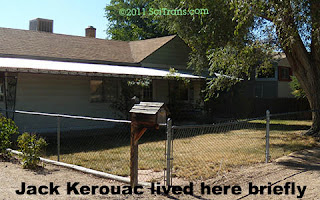 Kerouac became disembodied in 1969 at the age of 47. Neal Cassady, who inspired Kerouac’s best known novel, "On the Road" did so a year earlier. Unlike his two friends who lived faster and died younger, Ginsberg almost made it into the new millennium. He died in 1997. 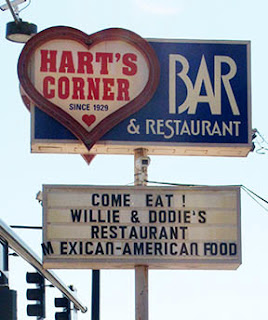 In his journal, Kerouac talks of walking to Morrison Road to buy a notebook. He stopped for beer at a roadhouse. That roadhouse may well have been Hart’s Corner at the intersection of Mississippi and Sheridan. Hart’s Corner began as a root beer stand in 1929 and kept its name well into this century.
He also wrote that he, “looked out on the fields of golden green and the great mountains,” from his back door. That view is gone now, but the view from Lakewood’s Belmar Park is a good approximation.
While waiting for his family to join him in Colorado, Kerouac’s money and self-esteem diminished, while his impatience and depression increased. He took a boy he befriended to Lakeside Amusement Park where they “rode around a sad little lake in a toy railroad.” The train was pulled by one of two engines which had been used during the 1904 Saint Louis World’s Fair. Lakeside acquired them prior to its opening in 1908. Those engines were still running recently.
Kerouac’s family joined him in Colorado, but none of them stayed long. Kerouac, accompanied by his sister and brother-in-law, dropped his mother off at the train station on July 4. Afterward, they attempted to lessen Kerouac’s sadness with a picnic at Berkeley Lake. This lake is to the east of Sheridan Boulevard; Lakeside Amusement Park is west of Sheridan. Both border I-70.
Kerouac traveled to Colorado a final time in 1950 using airfare money provided by his publisher. He took a bus because it was cheaper than flying.
Before Kerouac’s arrival, Cassady broke one of his thumbs jabbing his wife’s forehead. Kerouac and Cassady visited the rundown Windsor Hotel on Larimer and 18th Street where Cassady had lived with his alcoholic father. During the visit, Cassady injured his other thumb by striking the men’s room door repeatedly.
Posted by Dave Loeff at 2:32 PM No comments: