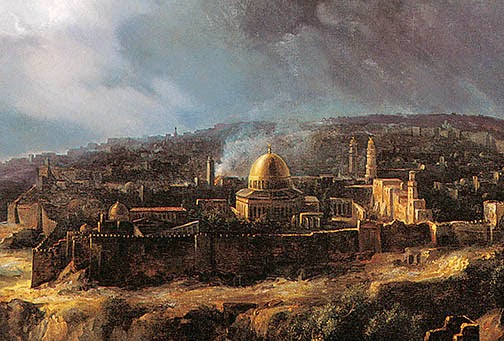 In the latest round of fighting, Israel has scored 172 fatalities. Hamas has scored zip. It looks like Israel is winning. Hamas fires rockets. Israel shoots them down. Then they retaliate by bombing buildings.

Living space is at a premium in the Gaza Strip. The last thing the Palestinians need is fewer buildings. Yet Israel keeps knocking them down. Israel claims to defend itself in a humane manner. Hell, Israel even warns the Palestinians before they knock down their buildings.

But humane is not a word that fittingly describes life in the Gaza Strip. It's cramped, unemployment is high, travel is restricted, and goods are scarce. While the Palestinians are not blameless, neither are the Israelis. Knocking down buildings and killing innocent non-combatants is not helping things. Maybe it's time for Netanyahu to try something new—something constructive instead of destructive.
Posted by Dave Loeff at 4:59 PM No comments:

Once again Israel and Palestine are going at each other, and as usual, the Palestinians are getting the worst of it. Benjamin Netanyahu says that the reason so many Palestinians get killed is because Hamas “hides behind civilians.” Consider the population to the Gaza Strip: There are 9,713 people per square mile living there. Compare that to the 809 people per square mile living in Israel, the 650 in the United Kingdom, the 365 in China, or the 84 in the United States.

Is it really fair to say that Hamas hides behind its civilians in an area so crowded that there’s nowhere else to hide? For years Israel has managed to portray itself as the plucky underdog fighting for survival while surrounded by enemies. There’s some truth in that, yet Israel has been far too aggressive, far too often, and now the story is beginning to wear a bit thin. Lately it looks more like a bully than an underdog.

Neither nation is entitled to claim righteousness, high-mindedness, or innocence. However, Israel is the stronger of the two nations, and as such, she should be the first to make concessions. If Israel doesn’t modify her belligerent stance, her naked aggression will be exposed, world opinion will change, and she’ll find herself with nowhere to hide.
Posted by Dave Loeff at 10:25 AM No comments: