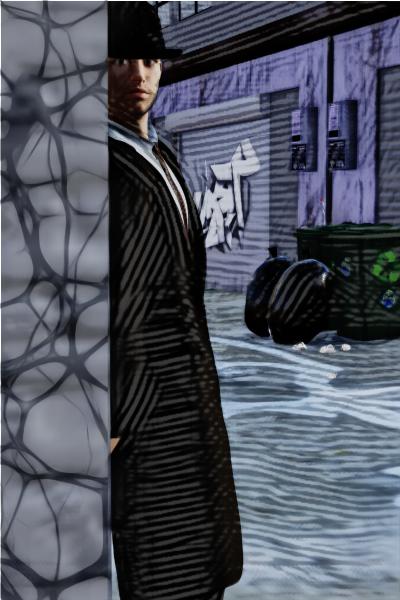 You may think you know who you are, but according to David Eagleman it’s a case of mistaken identity. We consider the contents of our awareness as belonging to ourselves. Yet, that awareness, what we call consciousness, is only a small part of what goes on in our brains. Consciousness is like an iceberg’s tip – visible above the water’s surface. Much of what runs us is below the surface and well beneath our awareness.

Most of us realize this to some extent. After all, our hearts pump and our lungs breathe without our awareness most of the time. But most of us don’t realize the extent to which non-conscious mental activity controls our behavior.

Eagleman tells us that the brain is composed of interacting systems, running a myriad of mental routines, and very little of this activity makes it into our awareness. It’s as if our brains are run by a team of rivals with different viewpoints to match different circumstances. When teammates interact appropriately, we make good decisions most of the time.

It’s natural for us to prefer people like ourselves over those who look different. But, the dark side of this preference may be behind xenophobia and racism. Psychologists have used word association tests to tease subjects’ inner-racists into showing themselves. Most people keep their inner-racists well under control, but brain dysfunction or alcohol use can disturb the balance between the rivals in our brains. After visiting a Jewish friend, actor Mel Gibson, was arrested for driving under the influence of alcohol. Later, a sober Gibson apologized for the anti-Semitic remarks he made while intoxicated. The question arises, which is the real Mel Gibson, the sober or the drunken one?

Eagleman’s answer is that both are real, because Gibson’s brain, like everyone’s, is composed of interacting rivals. Most of us behave in socially appropriate ways most of the time. But, there are exceptions. One of the symptoms of Tourette’s syndrome is coprolalia, that is, inappropriate vocal outbursts. While a normal person might experience an inappropriate thought, a Tourette’s sufferer might involuntarily vocalize it, much to his embarrassment.

People suffering from frontotemporal dementia act out socially inappropriate impulses that they formerly kept well controlled. For example, they may shoplift, make unwelcome sexual passes, act aggressively, and even publicly remove clothing. They lose the ability to know that this behavior is inappropriate.

Eagleman argues that legal systems need to be reformed to take into account criminals’ capacity to change their behavior. While society should be protected from criminal behavior, punishments having no effect on those unable to change, should be replaced with other interventions. Eagleman discusses the case of a man who committed murder while sleep walking. Although, this seems unlikely, electroencephalogram findings demonstrated an abnormality that caused the man’s brain to attempt rapid transition from sleep to wakefulness without passing through the intermediate stages that most people pass through. This occurred 10 to 20 times per night. The man was acquitted.

As neuroscience discovers more precise ways of uncovering brain abnormalities, the legal system will need to accommodate these new findings. Asking if a criminal is blameworthy will ultimately become an irrelevant question, Eagleman believes. Instead we should be asking how to prevent him from committing future crimes. An experimental technique, called the prefrontal workout, shows promise for eliminating undesired behaviors. The technique uses real-time biofeedback to reduce the strength of unwelcome urges.

In 1848, a premature explosion sent a tamping rod through Phineas Gage’s head. He survived, but his personality did not. After his accident, he was no longer capable of socially appropriate behavior and judgment. Those who knew him described him as, “no longer Gage.”

Who was he then? Did he lose his soul along with some of his brain? Do we even have souls to begin with or are we simply collections of parts? Eagleman tells us, “If there’s something like a soul, it is at minimum tangled irreversibly with the microscopic details. Whatever else may be going on with our mysterious existence, our connection to our biology is beyond doubt.”

Eagleman’s first book was “Sum: forty tales from the afterlives.” One might expect a man who constructed 40 possible afterlives to have more to say about the soul. Alas, he only writes a few words on the topic in “Incognito: the secret lives of the brain.” So let me offer up a theological question or two. If part of the brain is injured, does part of the soul vanish? If a good man turns evil after a brain injury, will he be eternally punished or spared through God’s mercy? Just which pieces of the brain house the soul, anyway?

Eagleman discusses a type of epileptic seizure in a “sweet spot” in the temporal lobe that causes religious conviction, writing on religious topics, voices from apparently divine sources, and a sense of divine presence. Is the sweet spot a gift from God that allows Him to communicate with his prophets or merely the reason the prophets invented Him?

Eagleman concludes his book with a discussion of the weaknesses of reductionism as a means of understanding the brain. It isn’t practical to break the brain down into a collection of parts. Regardless, he tells us, it’s the model that most neuroscientists bring with them into the lab. I wonder how a sense of personal identity can arise from a collection of parts.

Posted by Dave Loeff at 1:20 AM No comments: