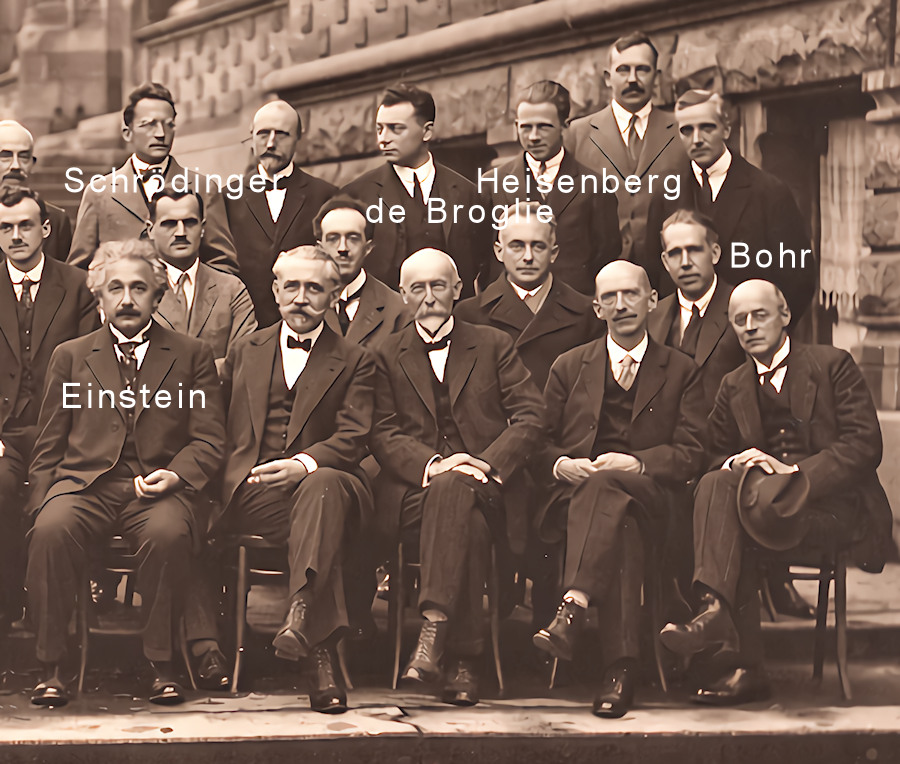 When We Cease to Understand the World
Benjamin Labatut
Historical Fiction, 191 pages

The book begins with mustard gas and cyanide — mustard gas caused death in the trenches in the first world war, while cyanide exterminated captive Jews and suiciding Nazis in the second. Between those two wars a scientific revolution occurred. At the 1927 Solvay Conference quantum physics theory came into being. While that theory makes sense mathematically, it defies sensibility when described in words. That's as true today as it was in 1927.

Albert Einstein published his theory of general relativity in 1915, ten years after his theory of special relativity. At the time, Europe was at war. Einstein made no attempt to solve the equation backing his theory. Shortly before his death, a German soldier sent a letter containing the equation's solution from the trenches to Einstein. This soldier-mathematician was Karl Schwarzschild whose solution implied the possibility of singularities, the oddities at the centers of black holes. Mustard gas, in part, caused Schwarzschild's death.

Benjamin Labatut writes of two other mathematicians, Shinichi Mochizuki and Alexander Grothendieck. As yet, no other mathematicians understand Shinichi Mochizuki's proof of a basic mathematical concept and he withdrew its publication. Alexander Grothendieck realized that humanity wasn't ready to understand the "heart of the heart" of mathematics and became a recluse. The heart of Labatut's book, however is the emergence of quantum theory, one that like Einstein's, challenges human understanding.

This historical fiction is a brief and elegant explanation of the persons and ideas that resulted in quantum physics. But the fictional bits, while entertaining, are unnecessary, and add little to the story. The same can be said about the section following the epilogue. That section, "The Night Gardner," only adds extra pages and could have been skipped entirely.

While quantum physics and relativity theories both played parts in our losing our understanding of the world, Labatut missed a third theory which played a part in that loss. However Darwin's theory of evolution didn't cause that lost understanding. Rather, it was some peoples' response to that theory which caused our loss. Prior to Darwin, the new science of geology caused many Christian theologians to accept that the earth couldn't have been created in the six thousand years of Biblical time. It had to be far older. The Bible, therefore had to be read figuratively rather than literally. Darwin's theory was generally well received by his religious contemporaries. It wasn't until shortly after World War I that evolution was rejected by North American religionists. Throwing out evolution also means throwing out geology and archaeology. some have argued that dinosaur fossils must have been planted by God or Satan to test believers' faith or deceive us. Other explanations that pit the Bible against science strike me as equally far-fetched. In my view, faith must be guided by science and reason lest religion become superstition. Once one builds ones beliefs on blind faith rather than on faith tempered by science and reason, it becomes possible to ignore politicians' lies and vote on faith alone. We cease to understand the world at our peril.