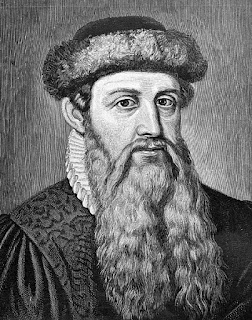 Many readers know that works from 1925 have recently entered the public domain. That means
you can read them for free -- if you can find them. So far I've only seen "The Great Gatsby" available as a free download. I didn't find a stand-alone version of that title, but I found something better, F. Scott Fitzgerald's collected works.

Works by George Orwell and Sinclair Lewis have also entered the public domain in the United States, but I haven't been able to find any freebies so far in my country. But literary works in the public domain here might also be so in other countries. And they are. Although Project Gutenberg hasn't released certain books on its American website, it has done so on its Australian website.

When a publisher releases a physical book, it must recoup the costs of paper and printing. Those costs remain even if the work is in the public domain. However because bandwidth is cheap, I believe many public domain eBooks are overpriced. To avoid being gouged, sometimes a little extra effort is needed. After downloading eBooks to my computer, I transfer them to the extra drive I installed on my Kindle Fire. In order to read those books, I use a file explorer application to open them. One of my new eBooks appeared in my Kindle's list of titles. The others didn't. I've no idea why. Regardless, I can always open eBooks with the file explorer. Thrifty folk sometimes have to use workarounds. I don't mind.