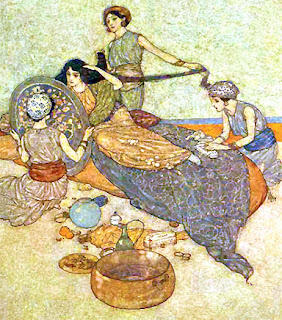 Irwin’s The Arabian Nights : A companion offers an expansive and thoroughgoing look at this great work. There is little that he doesn’t touch upon. If you don’t want to risk death by reading the entire Arabian Nights, then read Irwin instead.
Posted by Dave Loeff at 8:30 PM